The following tests are routinely performed in the evaluation of a patient with suspected Sjogren’s syndrome:

Urinalysis detects a variety of abnormalities in the kidney or genitourinary system, including the bladder. Protein in the urine (proteinuria) is an indication of kidney disease, either stemming from a disorder of the glomerulus (the filtering structure) or the tubules (the structures within the kidney responsible for reabsorbing filtered salts, water, and acids from the initial blood filtrate). Blood in the urine may arise from a glomerular disease or from a disorder in the urine collecting system or bladder (such as a kidney stone or tumor). White blood cells in the urine denote the presence of inflammation or infection anywhere in the kidneys, urine collecting system, bladder, or urethra. The specific gravity is an indirect measure of the concentration of the urine. The pH indicates the extent of urine acidification. In Sjögren’s syndrome, the most common abnormality is inflammation in the tissue surrounding the tubules (interstitial nephritis), and this may lead to poorly concentrated urine (with a low specific gravity), protein in the urine, and occasionally a high urine pH. Inflammation or damage in the glomerulus (glomerulonephritis) is a less common form of kidney disease in Sjögren’s syndrome and is characterized by protein in the urine, occasionally with red and/or white cells. 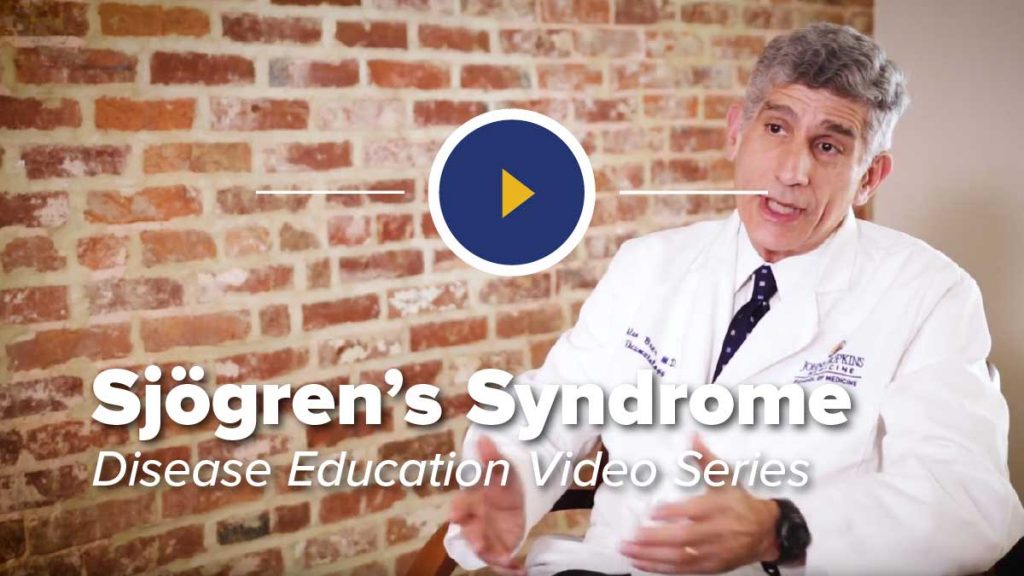